The record store used to be my temple. 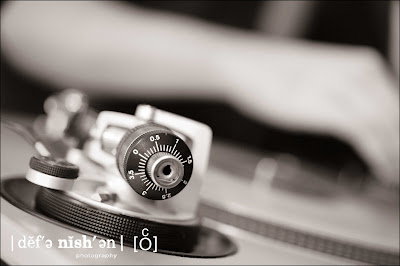 It was only half a decade ago that every Thursday afternoon I was religiously taking the subway down to Dundas Station, cash in pocket, heading straight to my place of worship: Play De Record. This is where I would cross paths with other members of my congregation, all of us in search of the latest chart toppers for the weekends’ upcoming events.

As the story of DJing goes, because of the cost of records, only a select few could afford a vinyl collection worthy of being called a DJ. By default, if you had the right records the kids were seeking in the clubs, you were a valuable commodity. Singles were often $10 a pop, while compilations of Top 40 hits could top out at $35. A DJ who was making his money back every week from paid gigs was considered lucky. Those blessed with the skills to mix and beat match were the reason Faithless proclaimed “God is a DJ.”

Behind the scenes, the taste makers du jour were the guys who worked in the record store. The store ordered inventory from the labels, creating the pool all the DJs could pick from. How the staff sorted, shelved and priced the music for the DJs could impact what was purchased.

The internet has rocked the foundation of the record stores holy ground, and removed vinyl from the game altogether. Sources like iTunes have given the world a portable record store, one with infinite shelves covering all genres both past and present.

Cyber-space is so full of music that it causes an infinite number of complications when it comes to music selection for events. Without the record store, the DJ has to play taste maker, has to be resourceful and internet savvy, and cannot survive without having lots of friends with impeccable taste in music.

Technologies’ music apocalypse has forced the DJ to abandon the old religious ways for a new wave of thought. The theory of music evolution has forced the DJ to shed his old skin or be eaten by a more dominant species; he is forced to sharpen his skills, find his sound, and stay ahead of the innovation.

While the DJ has been reborn, some party planners have lost their way; they’ve abandoned faith altogether. Somewhere along the way, it became sufficient, nay, acceptable to leave the DJ off the list of requirements to throw an event. The reliance on iPods, playlist or pre-made mix tapes is a sin, and no longer shall forgiveness be granted.

So run to the virtual hills and let it be known on your music blogs that you read it here first, in these scriptures: 2011 will not be the year the DJ makes a comeback because we never went anywhere. Rather, this will be the year that the DJ kills the use of iPods at events, restoring the faith of the crowds.

Most DJs I know have a room in their house resembling an old age home for records: we can’t bring ourselves to throw them out because we know how much we paid for them, but the moment to pull the plug is drawing nearer by day. DJs don’t use their vinyl anymore, they use their laptops to communicate with hardware that lets them use turntables. The record on top is just for nostalgia.

With this massive influx of new music released daily, record labels don’t mail DJs records or even CDs like they used to, and who could blame them? A digital record pool allows the labels to send every DJ in their contact list 100 songs a day with the click of a button, at no cost to them, and force us to decide which songs are worth placing in the rotation.

Most often, the first listen to a new track for a DJ is in front of his computer while alone in a room. This is where the sorting begins, discerning whether this song is good or useless, background or danceable, and if it is a song for the beginning of the night or the track for last call.

Club DJs are artists in their own right, but the event DJ is a highly specialized DJ amongst his peers. To properly DJ an event, this DJ needs to be on top of all music genres, both past and contemporary.

Great event DJs stay informed, taking the time not only to read charts from local radio stations, but following the music blogs from the taste makers who know what they are talking about. Then, after sorting through the virtual stacks that the labels send out, checking the charts and filling in the blanks, a great event DJ will emerge well equipped for the events to come.

Thankfully I can say that I have never attended an event where an iPod was used in place of a DJ. But I’ve heard the rumors, or better put, the horror stories.

You walk into a beautiful venue, decor is tasteful, food delicious, people looking their best, and the music has gone dead: the iPod is loading up the next song in the shuffled playlist. To me, the sound of silence at an event is like the sound of Tsunami warning for a costal inhabitant: my instinct is to run.

Often my clients will ask me to make them a music playlist for their small dinner gathering or a house party, and I am always hesitant. When people try to script the music in advance to match their party plan, in essence we are making assumptions about what will happen at the party that are often unsubstantiated.

After 14 years of event DJing, I can confirm that scripting a party in advance is impossible. So many factors can influence the mood and flow of any given party at any given moment. Ages and demographics will always affect the music people listen to. But an event can also be impacted by the weather outside that day, or the day’s front page headlines. The music needs to be timely.

A prepared DJ can control that flow in the direction the organizers want. Dance parties can often erupt when the right song is selected, and that wave can be ridden all night with an experienced rider on the sound board.

Great event DJs are always in demand because they are experienced. From event to event, reactions to songs are gauged and catalogued. The more a DJ works, the more learning goes on, saving more music memories to draw from. The deeper the DJs catalogue and command of it are, the more resources to draw from when needed.

The iPod has its place in this world: for commutes, or while working out at the gym, because it allows you to have your intimate moment alone with your choices. Your iPod cannot detect vibes or feelings, nor can it predict the future, therefore it should never be relied on to select the music for an event.

The DJ has ears, eyes, a brain, and most importantly, a heart. Great DJs know how to use all these senses at once, and pull off miracles night after night. They know when it is too loud, too soft, too slow, and too fast. They know when the room is too bright, too dark, or just right for the mood. A great DJ knows when a request is bogus, or when it needs to be played immediately.

The best event DJs in North America are making a career from playing music at parties. Dedication to the craft is a full time responsibility, and anyone looking to book a great DJ now knows why.

The next time you hear about an event with no DJ planned, forward the organizer this article and let them know an event without a great DJ was “so 2010.”

DJ Floh Back is the director of a Toronto-based DJ company specializing in corporate events and weddings. This article was posted on the company blog flohback.blogspot.com in January 2011 and cannot be copied or reposted without expressed written consent from the author. However, feel free to forward this to the masses with proper attribution, please and thank you.

Danny is an incredible DJ, we're not exaggerating when we say he is the best DJ in the city! He truly got to understand the vibe we were going for and made sure to play music that excited the crowd and kept people dancing all night. His music knowledge and expertise are unmatched. He was so good 18 years ago for my Bar Mitzvah, we had to get him again for our wedding and he did not disappoint. Danny was fantastic to work with and we can't wait to hire him again for our next mitzvah. We wouldn't hesitate at all to recommend him to any friends or family.

Danny was super professional and very easy to work with. He listened to our needs while also applying his expertise. The event's music was awesome, and the energy in the room was always matched by the music. The entire experience was great; communication was always timely, and it was all well-planned. Would definitely recommend working with Danny if you're looking for a DJ :)

My wife and I hired DJ Floh Back to curate our wedding in Oct 2021 and they were outstanding. The DJ they paired us with (Spencer) was terrific. We met with him beforehand and he asked very insightful questions to help him develop a soundtrack for our day that meant something to us and boy did he ever deliver!

The curation throughout the stages of the day was remarkable and provided the perfect magic to our backyard wedding. He turned our little backyard stone patio into an unrelenting dance floor and we can't thank him and Floh Back enough!