As this vibrant part of the city continues to grow and thrive, a host of chic options for party planning east of the DVP has emerged. Play bocce, sip craft brews, or party it up in a classy hotel…the east-end scene has never looked better.

Eastbound Brewing Company, 700 Queen Street East – The definition of a new classy joint in Leslieville. With such attention to aesthetic detail, it’s no surprise that both the beer and the food are spectacular. The venue has a 120 guest capacity for standing cocktail parties. They are priding themselves on being diverse in offering a variety of food options, all made from scratch. And the staff seem motivated to keep a friendly neighbourhood atmosphere to boot. Contact Kristin at events@eastboundbeer.com 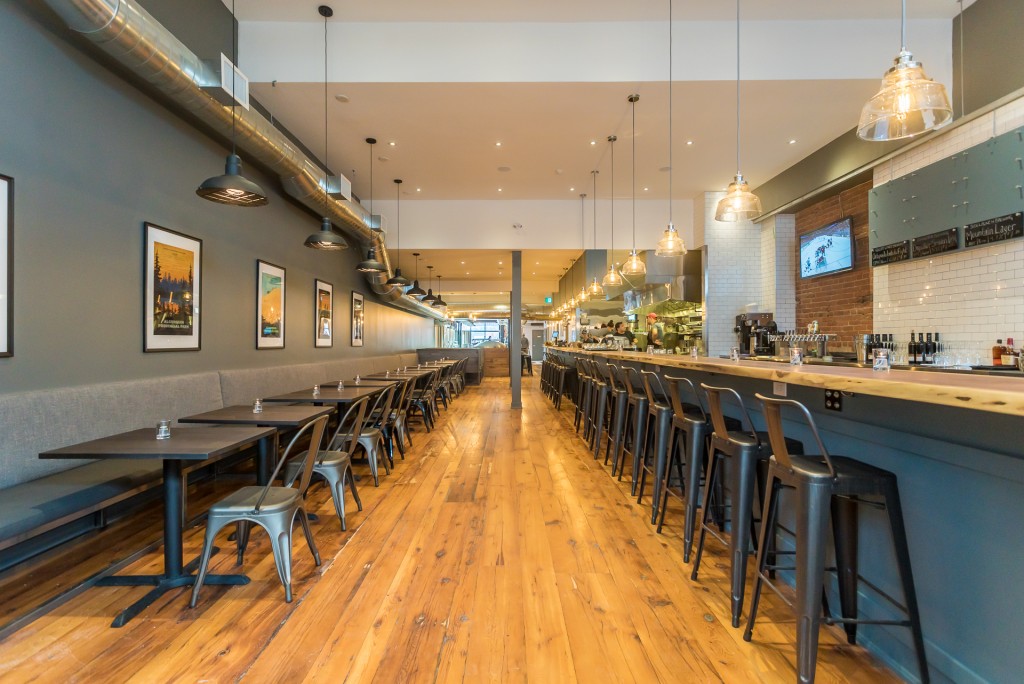 Brickworks CiderHouse, 709 Queen Street East – Kitty-korner to the Eastbound in the nostalgic old Real Jerk location is now the home of newly minted CiderHouse. Owned and operated by the same lovely people that brought us Mill Street. This venue still has lots of windows and high ceilings, with their famous cider being made on site. Contact Sophie at ciderhouse@thecderhouseto.ca 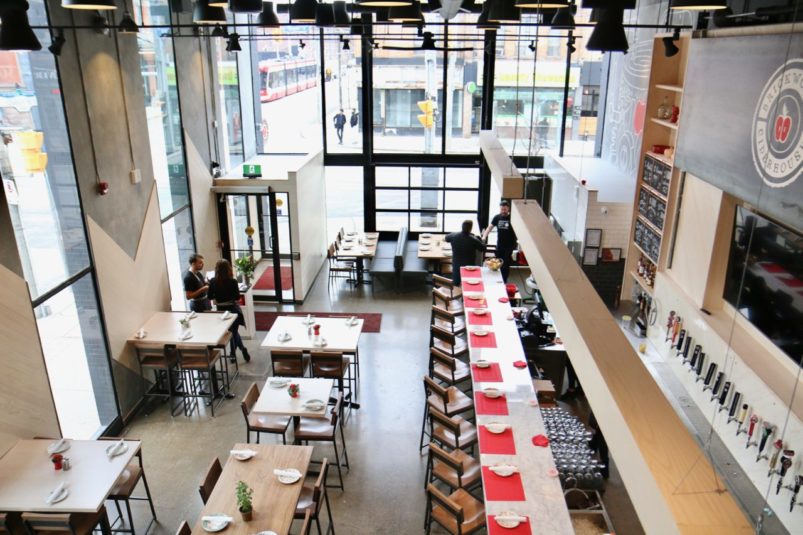 Cidehouse is another classy option a Queen & Broadview

Lob., 100 Broadview Avenue. Unit 301 – Venture just south of Broadview and Queen, down a long alley and a flight of stairs, and you are inside the brand spanking new basement space known as Lob. The game is part bocce, part mini-golf. The space is large, with a low ceiling and dining space. This will surely resonate with larger corporate groups looking for the next thing after ping-pong bars and axe throwing. Contact Anna at anna@lobtoronto.com 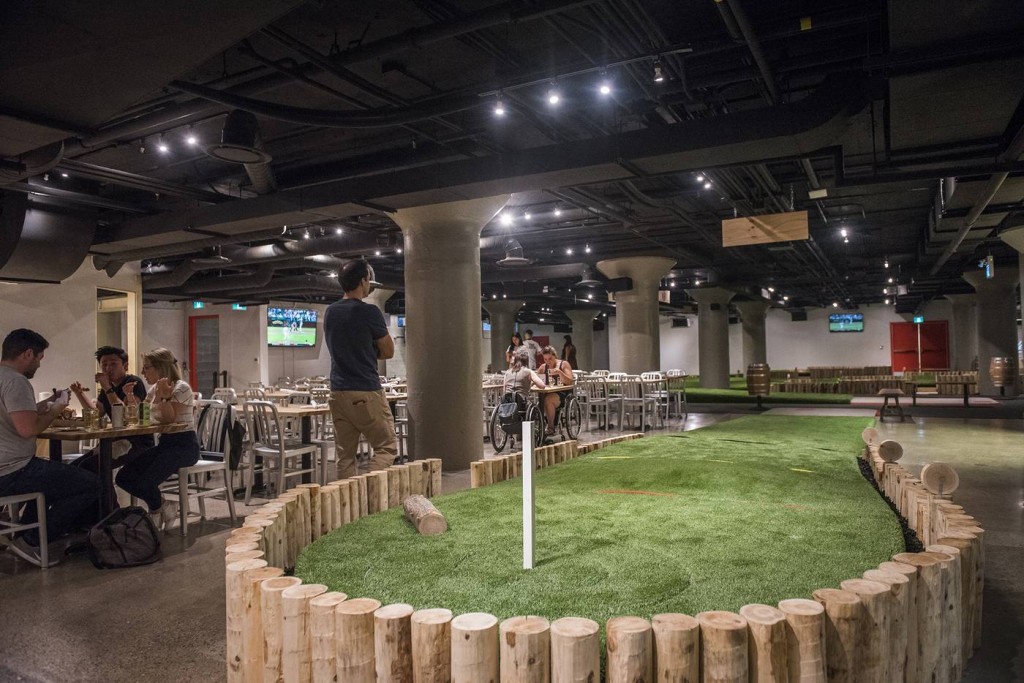 You’ll need to visit Lob. in person to attempt to learn the rules

Amsterdam Barrel House, 87 Laird Drive – The good people from Amsterdam have taken over what was formally the Against The Grain location, a stone’s throw away from their brewery in Leaside. The decor is tasteful and will appeal to the high-end local crowd. The menu is diverse, and the party room upstairs is screaming for bookings of around 80 people. The highlight of the 2nd floor is the giant connecting patio. Contact Edina at edina@amsterdambh.com 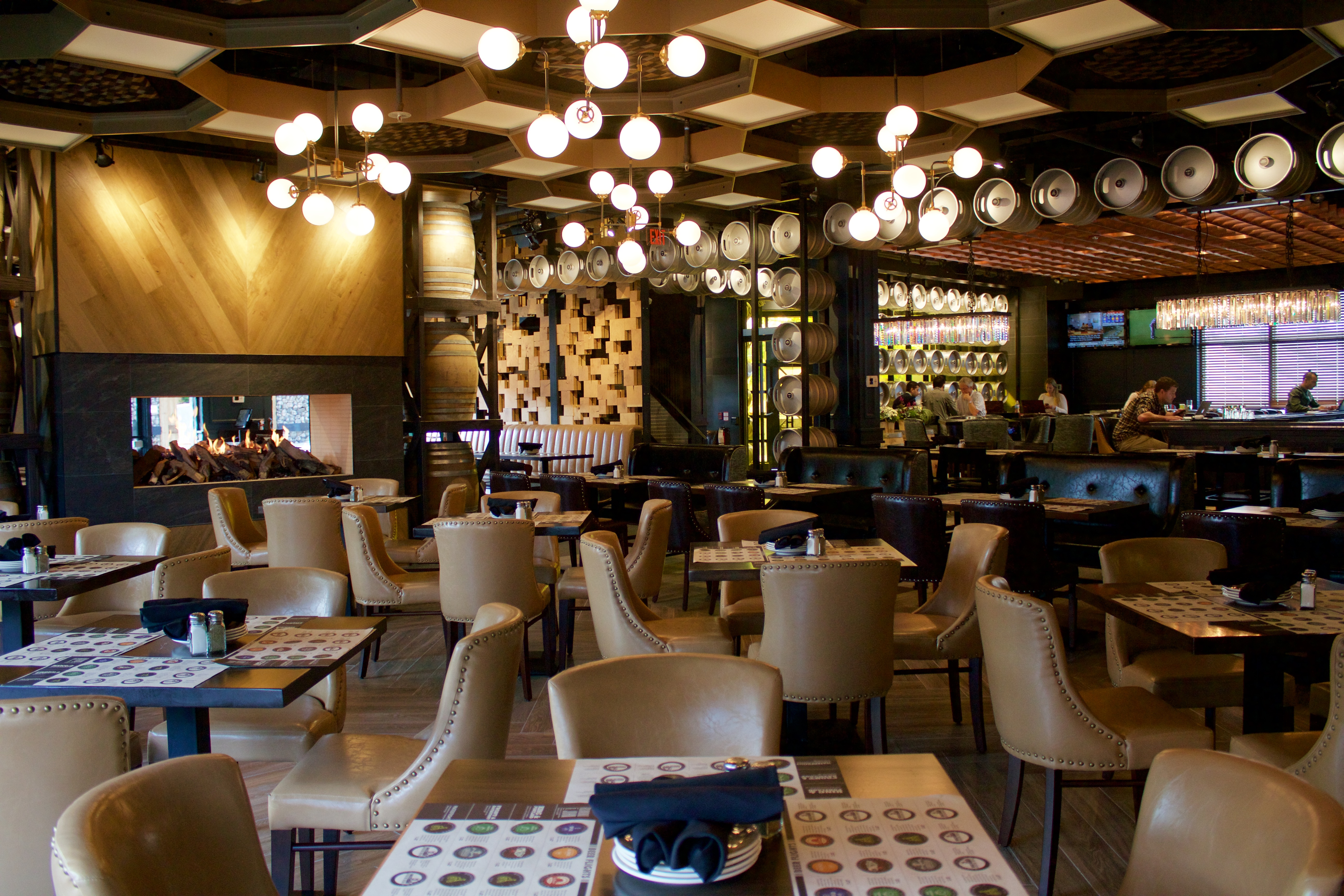 Amsterdam Brewery, 45 Esandar Drive – When the old brewery at King & Bathurst got pushed out for condo towers, many people confused the stunning waterfront restaurant Amsterdam Brew House as the new home of the famous Toronto-based brewers. In fact, where the beer is brewed is in Leaside; a well kept secret in the industrial area of Laird and Eglinton. Locals know it as a perfect place to buy some brews to take home, but most people don’t know this is a great place to host a party. It’s a blank slate with suds on tap and a big screen ready to show the big game. Contact Cathy at events@amsterdambeer.com 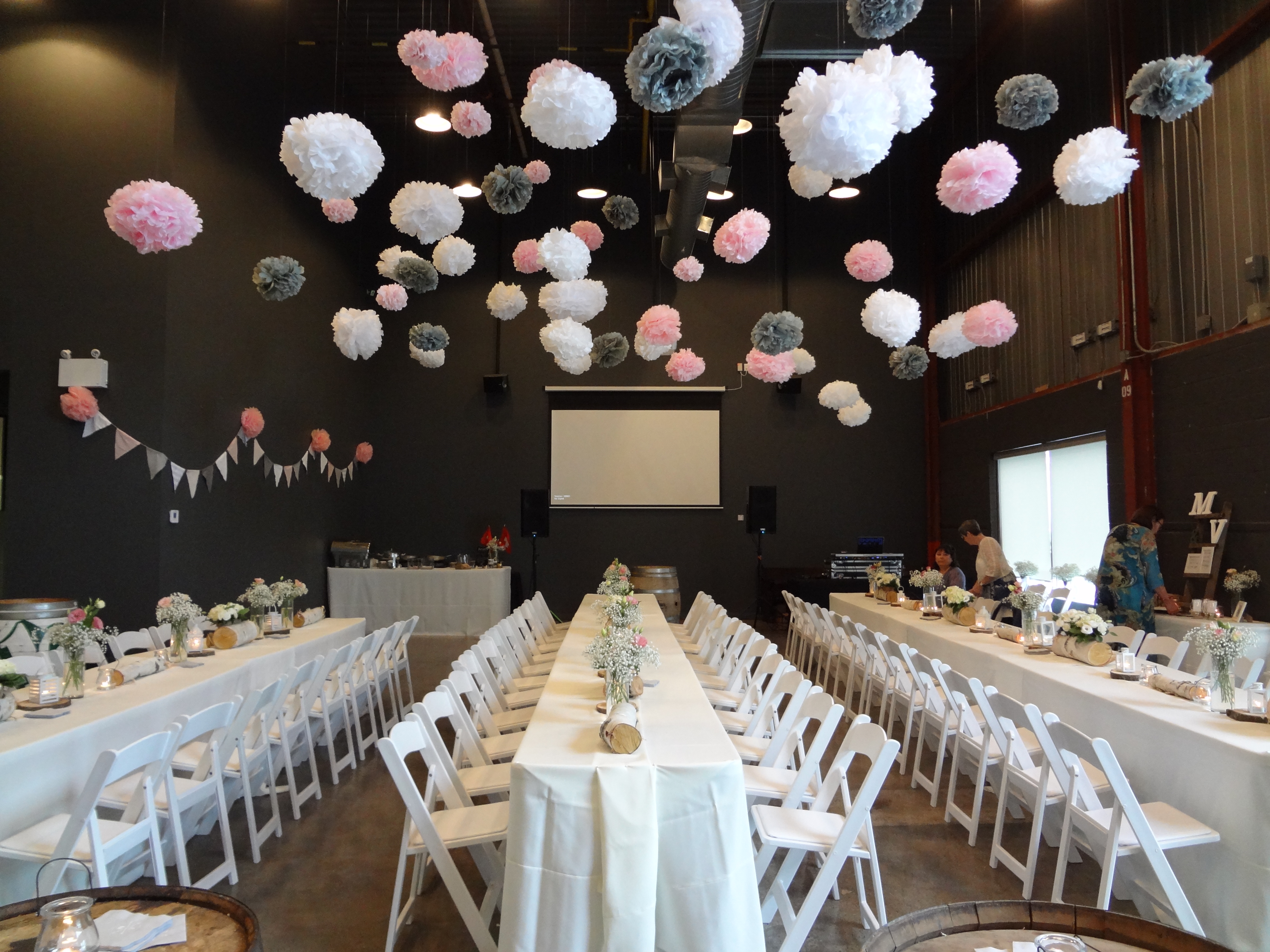 Broadview Hotel, 106 Broadview Avenue – This 125-year-old historic building used to be the home of the infamous gentlemen’s club Jillys. Today it’s the cornerstone of Leslieville, 58 guest rooms and 5 event spaces are modernized and ready for a different kind of action. The 3,000 square foot Lincoln Hall is the focal point for events with it’s own deck, while the 7th floor has an unobstructed view of the skyline. Contact Jenna at jbanks@thebroadviewhotel.ca

Streetcar Crowsnest, 345 Carlaw Avenue – Streetcar Developments knew they wanted this ground floor space to be attractive to the Riverdale community. So they built a modern theatre/event space to host performances, events and parties. The capacity is a huge draw: ceremonies can seat 200 guests in the Guloien Theatre, and if you have a really extensive guest list, you can have up to 350 cocktail-style. Bonus points from the DJ’s perspective as the acoustics are phenomenal. Fiona is already getting inquiries for corporate events and weddings. Contact Fiona at fiona@crowstheatre.com 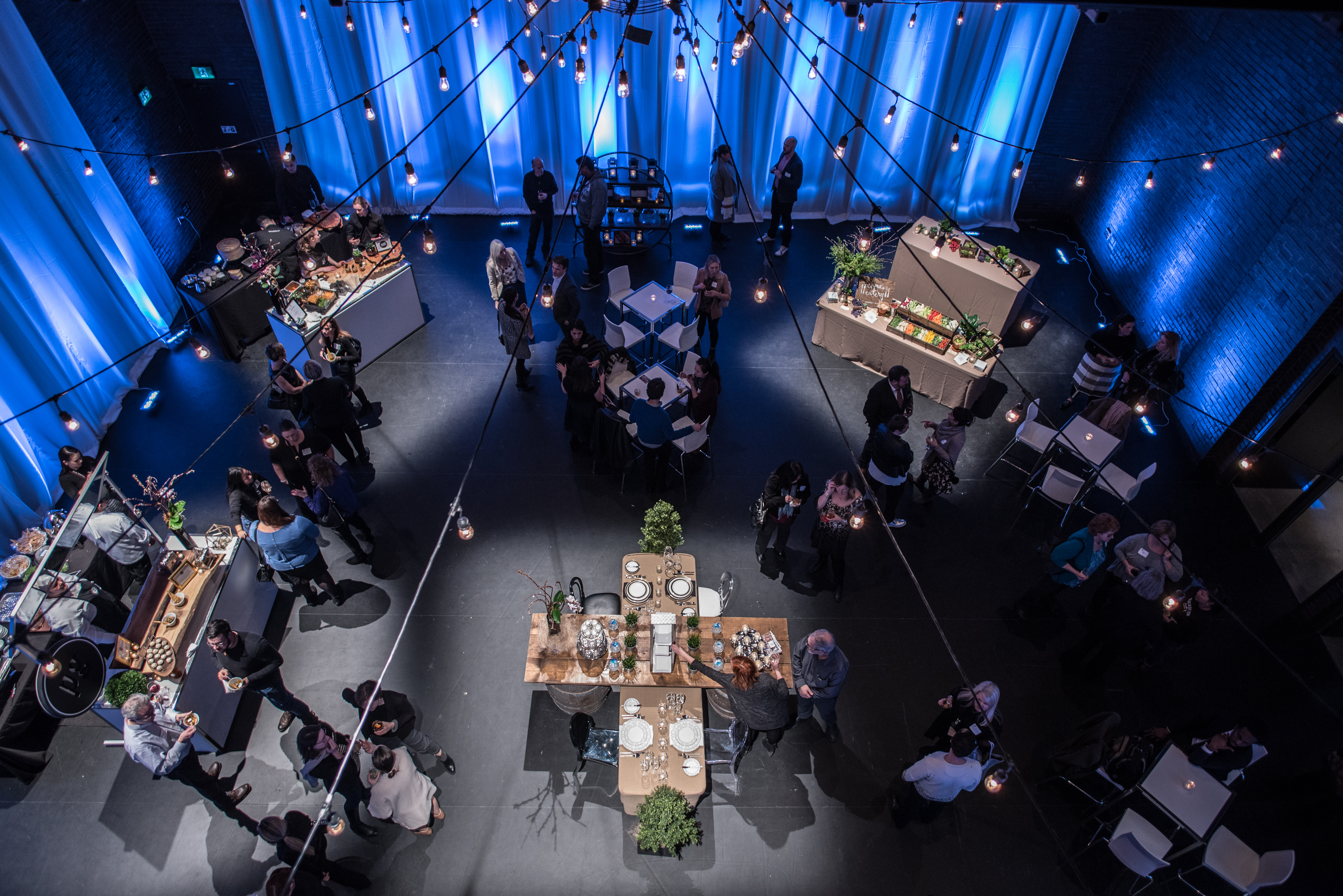 District 28, 28 Logan Avenue – In an area of Toronto that is seldom seen by anyone (unless you are heading to the Gardiner Expressway) an adventurous project consisting of a coffee shop, workspaces, catering company, and several hip events spaces has emerged. What was once a 18,000 sq-ft factory has become an modern multi-media facility. There are rooms big enough to drive cars into for video shoots, with curved white walls repainted daily. This is where graffiti parties, break dance festivals, and the coolest corporates are held. You might even be bold enough to plan your wedding here. Contact Josh at josh@district28.ca 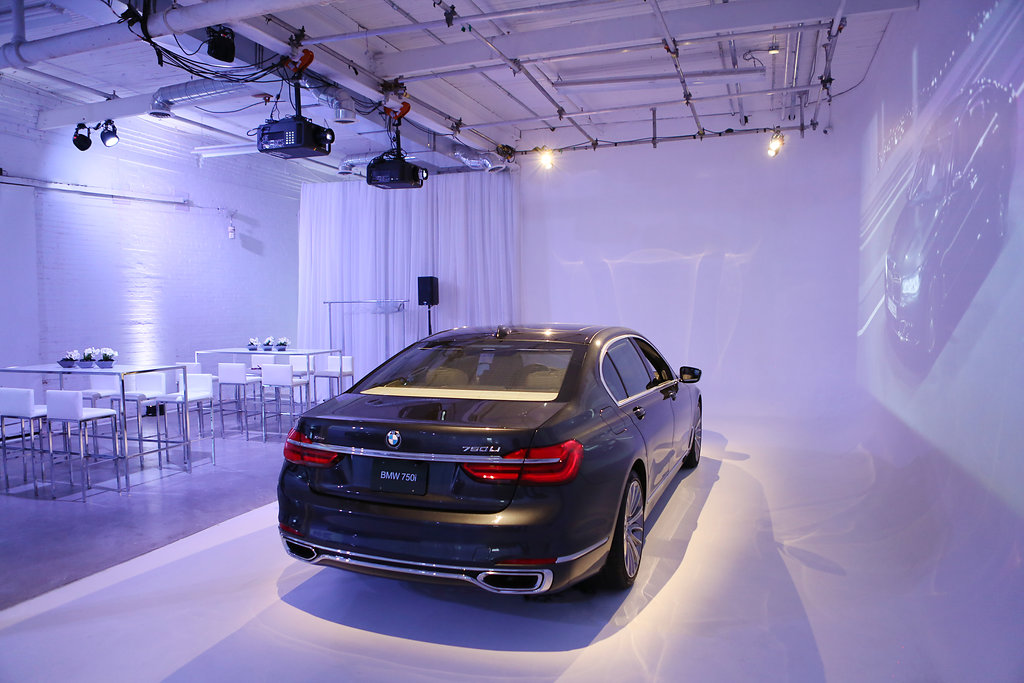 The Jam Factory, 2 Matilda Street – Unassumingly tucked down a side street above a trendy coffee shop, you’d never know this place was here unless somebody sent you looking. Once you climb the stairs, you are inside a blank space ready for your event creativity. Exposed brick, wood beams, and hardwood floors, this place is reminiscent of Twist Gallery on the west end or the Distillery venues when they first opened. At night, when the neighbourhood goes quiet, you can make as much noise here as you please. Contact Shannon at srefvik@jamfactoryto.com 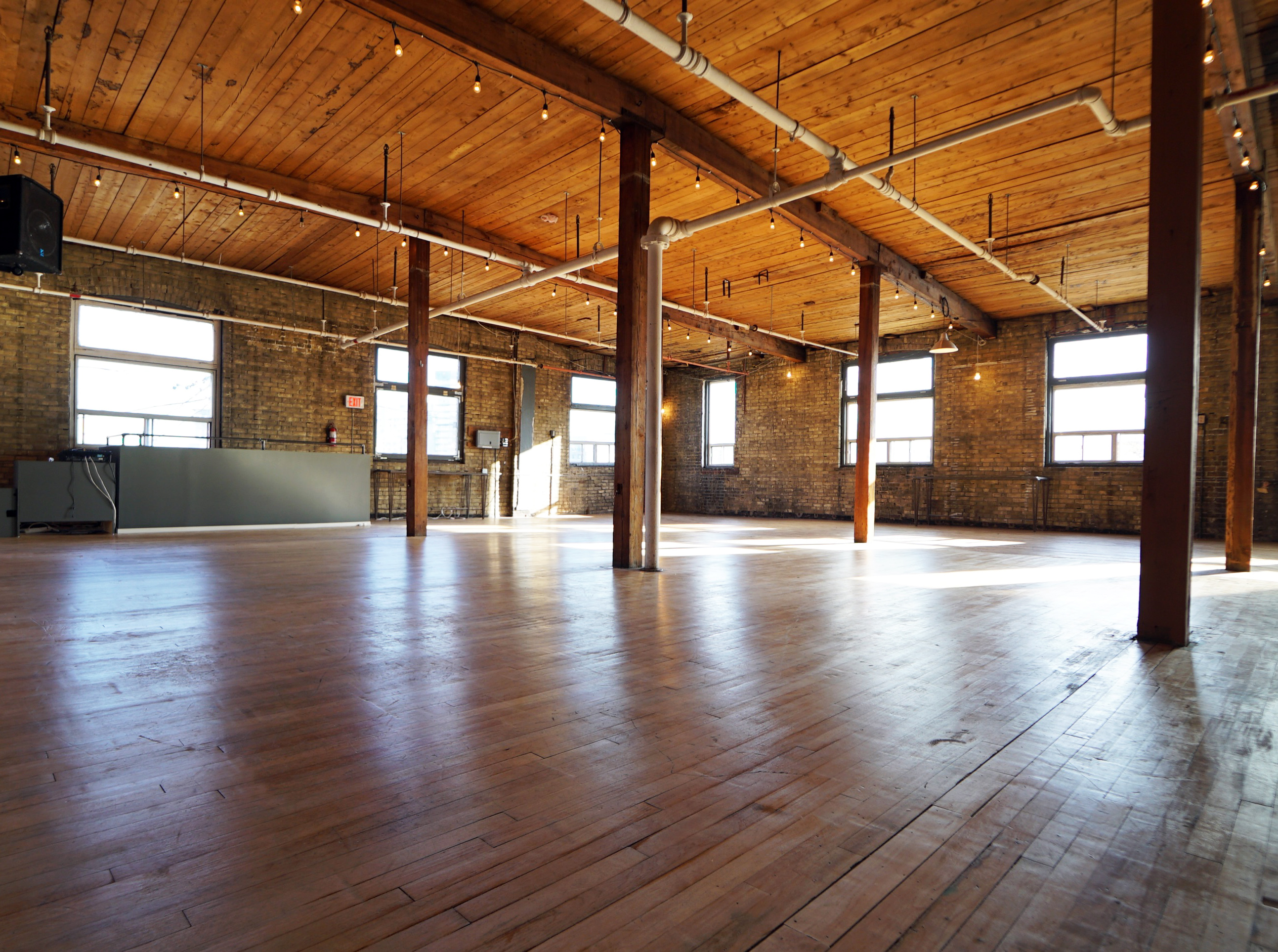 Had a great experience with an East End venue that we missed? Tell us about it! Leave a comment below.

Toronto’s Top Event DJs live, work and play in the East End, and are waiting to hear from you. Contact Team Floh Back today. We look forward to providing the soundtrack for your next special event!